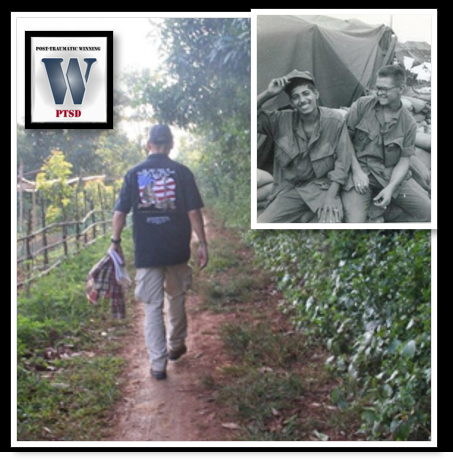 I met Ronnie Reyes in May of 2018.  Ronnie is the son of PFC Ronnie Reyes, USMC; who was killed during the “hill fights” around Khe Sanh in 1968 between Marines and the North Vietnamese Army — a proud member of Delta Company, 1st Battalion, 9th Marine Regiment.

Ronnie told an incredible story in the first interview we did, I’ve never forgotten it because he pulled the curtain back on the life that a son or daughter lives having never known their father or mother who was killed in Vietnam. I recently saw that Ronnie had been back to Vietnam, this time on his own, and knew his story would be profound.  What you’ll hear in this interview is exactly that: profound.  He is a wonderful example of what “Post-Traumatic Winning” is about — learning about your trauma, facing the truth, then using that truth and your experience to GIVE to others… to ease their pain… to transform their lives — and through the transformation of others, we transform ourselves.  Interestingly enough, as his story will tell you, Ronnie never set out to go “there”… but he kept putting aside his fear and just kept going… and giving.

One of the best interviews I’ve ever done.