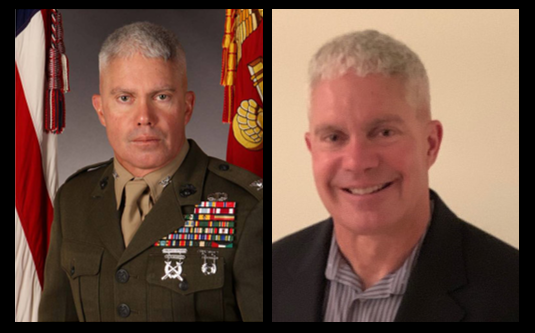 In Part 1 of this three part interview with retired Marine Colonel Andy Milburn, we’ll get to know him.  Andy’s Marine Corps career as an infantry officer included commanding the 1st Battalion of the 3rd Marine Regiment in Hawaii and also the Marine Special Operations Regiment at Camp Lejeune.  Andy recently had an article he authored published on the website War on the Rocks. The article, entitled “When Not to Obey Orders,” examines many topics that have been discussed on ALL MARINE RADIO about the moral obligations that senior military leaders have relative to grand strategy and specifically preventing the next Vietnam, Beirut, Somalia, Iraq or Afghanistan (specifically, the expansion of the ground war there).

In Part 2 we diverged from the intended topic (Andy’s article) and took up the subject of “living with trauma”. Andy relates both professional and personal stories that had him ready to give up his command in combat in Iraq because he didn’t feel he could continue because of the trauma he was dealing with internally.

DON’T MISS THIS OUTSTANDING HOUR OF LEADERSHIP AND HONESTY ABOUT LIVING LIFE AFTER TRAUMA DARKENS YOUR DOORSTEP.