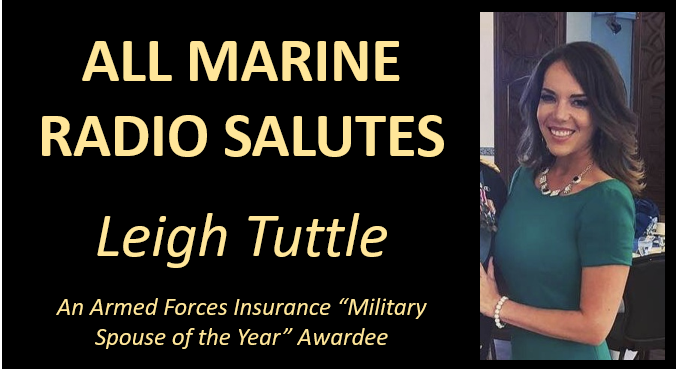 Months ago Alex Hollings (of NEWSREP fame) introduced the ALL MARINE RADIO audience to Leigh Tuttle, a US Army wife who was active in the fight that military families were waging all across the DOD as they sought remedies to unhealthy living conditions in privatized military housing around the world that was making service members and family members ill. Leigh has been a guest on ALL MARINE RADIO, has made us all smarter about the issues involved in the “military housing crisis” and was recently honored by Armed Forces Insurance as on the their “Military Spouse of the Year” Awardees for 2019!  CONGRATULATIONS Leigh on the recognition and continued good luck in the fight against what many us feel is unregulated predatory behavior on military families by private housing companies with exclusive DOD contracts.

We’ll talk about that.