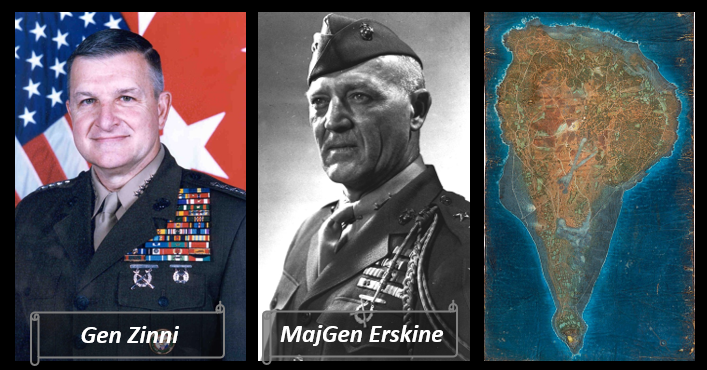 In 1990, then Col Tony Zinni spoke about his fascination for the battle of Iwo Jima in a PME he did at The Basic School in Quantico, VA, I never forgot the things he said that night and subsequently became a bigger student of Iwo Jima after that PME. It was a privilege to have the former Commanding General of Central Command on ALL MARINE RADIO today and to talk about Iwo Jima, the personalities of the commanding generals, the unique fighting that took place there and the things that still fascinate him today over 74 years after the battle.