NEWS & COMMENTARY: read these four articles about the USS Fitzgerald’s collision and I guarantee you’ll puke 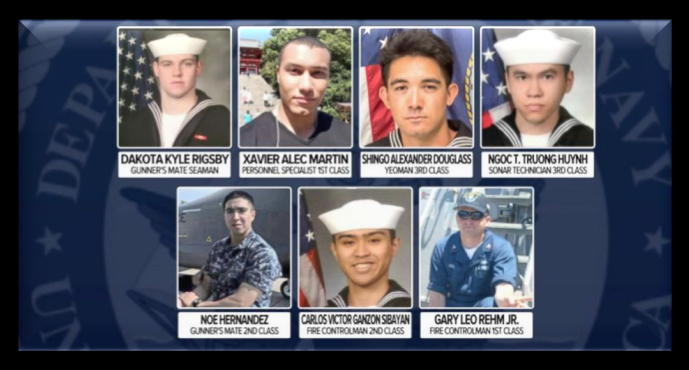 Geoff Ziezulewicz of Navy Times as written four stunning pieces based on an investigation that was concluded less than six weeks after the collision that the USS Fitzgerald suffered in June of 2017 that killed seven Sailors. Read each of these articles at the peril of your digestive system because the picture they paint of the US Navy is incredible and in my opinion criminal.  Every officer on duty that night ought to be sent to the brig for their unprofessional conduct and negligent performance of their duties which directly caused the deaths of seven Sailors.

The families of these Sailors must be completely devastated because those Sailors should NEVER have died that night.

The picture painted is disgusting and the loss of former Defense Secretary Mattis isn’t a good thing for the Navy.

We’ll talk about it.

HERE ARE THE LINKS TO THE FOUR ARTICLES:

Worse than you thought: inside the secret Fitzgerald probe the Navy doesn’t want you to read

A warship doomed by ‘confusion, indecision, and ultimately panic’ on the bridge

The ghost in the Fitz’s machine: why a doomed warship’s crew never saw the vessel that hit it

A watery hell: how a green crew fought the Fitz to save her